The Trades Award Apprentice of the Year

Tullos Training Ltd are pleased to announce that plumbing apprentice, Callum Ferguson of Bancon Homes has won The Trades Awards Apprentice of the Year which was sponsored by GPH Building Merchants. Callum came out top for Scotland after a lengthy judging where all candidates were assessed on both their college work and their performance on site. The judging panel met with Callum and his mentors on site to see how he worked with the other trades and to see his standard on on-site plumbing activities. The panel then had a meeting with Callum’s lecturers and his company representatives to look at his overall application to college, work and to hear their thoughts on his abilities. The panel were judging Callum’s performance against 11 other apprentices from all sectors of the building services sector across Scotland. The Trades Award was presented to Callum on Thursday 5th June 2014 at Pittodrie Stadium which welcomed over 250 guests and presented 13 coveted industry awards on the night. 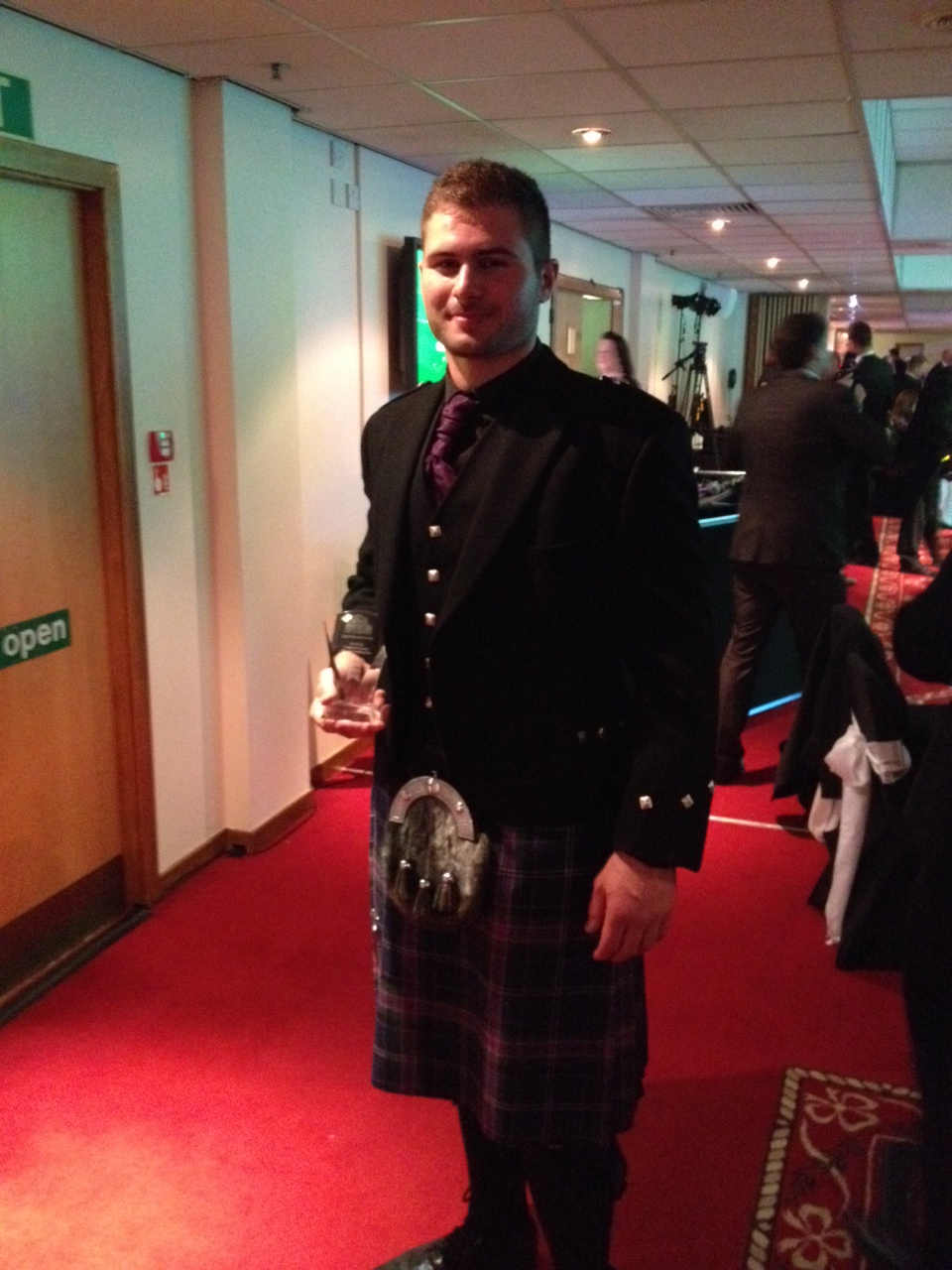 This website uses cookies to improve your experience while you navigate through the website. Out of these, the cookies that are categorized as necessary are stored on your browser as they are essential for the working of basic functionalities of the website. We also use third-party cookies that help us analyze and understand how you use this website. These cookies will be stored in your browser only with your consent. You also have the option to opt-out of these cookies. But opting out of some of these cookies may affect your browsing experience.
Necessary Always Enabled
Necessary cookies are absolutely essential for the website to function properly. This category only includes cookies that ensures basic functionalities and security features of the website. These cookies do not store any personal information.
Non-necessary
Any cookies that may not be particularly necessary for the website to function and is used specifically to collect user personal data via analytics, ads, other embedded contents are termed as non-necessary cookies. It is mandatory to procure user consent prior to running these cookies on your website.
SAVE & ACCEPT
Share This